Menu
View cart “Ancestor Money and Joss Paper” has been added to your cart.
Zoom 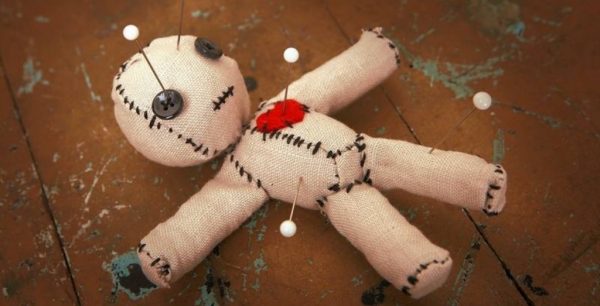 The Voodoo Doll originates with the Fon people who lived in what is now known as present-day Benin. Created in Haitian and Louisianan slave quarters, Voodoo emerged as peoples of various faiths began to intermingle. Voodoo itself means “spirits”, and its practice aims to connect spirits and mortals.

This powerful interaction takes place through what is known in voodoo as a “gris-gris”.  The gris-gris can be an object used for magic, a magical act, or a combination of both.  When a gris-gris is treated to contain the magic itself, spirits are no longer the most powerful force; magic may be manifested from the gris-gris itself.

The All Purpose Doll begins as an inanimate object, which is then imbued with attributes that may vary in different ways.  When the doll is given agency, the line between the gris-gris and human is further blurred.

There are no reviews yet.

Be the first to review “All Purpose Doll” Cancel reply